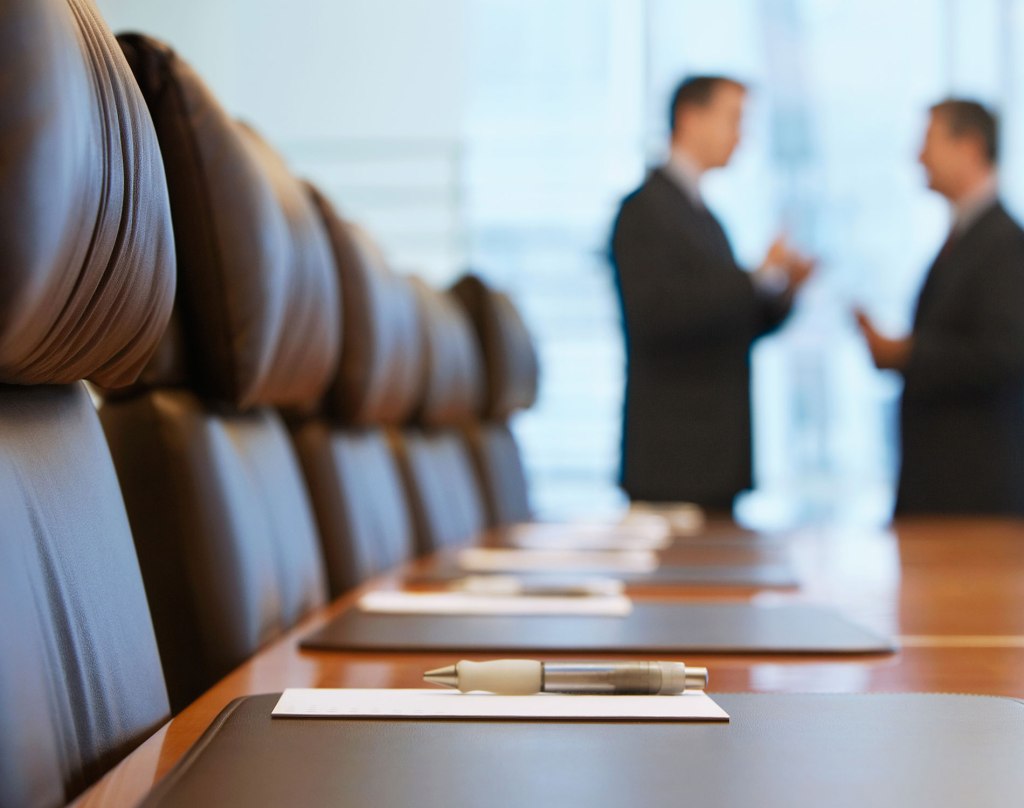 This article discusses the role of the corporate mega-firm in shaping the dreams, aspirations, and ambitions of Australian law students. In sum, I argue that students begin law school with clear social and moral convictions and leave as apolitical, passive enforcers of the law, unable to question the legal rules and principles they have been taught. Instead of pursuing careers in social justice and other areas of public advocacy, students are taught to believe that corporate law and corporate work are the only models of success. In the face of an onslaught of corporate messaging, advertising and media, it is difficult for students to retain a sense of their own moral compass. By the end of their degrees, law students often begin to rationalise a newly market-centric outlook on life, resulting in the loss of a new generation of public advocates to corporate positions.

*NB: This article was originally published in the Griffith Journal of Law & Human Dignity: (Link).

One of the most overlooked aspects of legal education is the role that the corporate mega-firm plays in swaying the ambitions of students away from social justice, charity, and public service towards work in the corporate sector. In this article I discuss how corporate law firms have utilised a combination of advertising, media, and social events in order to pressure law students into believing that corporate law and corporate work are the only models of a student’s future success. The question remains whether the influence of the corporate law firm is too significant in Australian law schools, and whether anything can be done to limit this influence within the wider neoliberal economic climate in Australia today.

Most Australian law schools have seen a proliferation of corporate-sponsored career fairs, parties, socials, networking events, sports, libraries and buildings, speaking events, mooting and other law school skills competitions, never mind long lists of clerkship presentations by the major firms themselves. One law dean, David Dixon, admitted that his ‘university is dominated by publicity from the big law firms’ and that students feel like failures if they do not get a summer clerkship at one of these firms. Students are confronted with endless advertising by the big firms and some become ‘captivated by the glamour of corporate lawyering’ as a result. Law is no longer viewed as a job, profession or “calling” in this sense, but as a lifestyle choice — a gatekeeper to weekly office sports, drinks, parties, and pork belly canapés. Some students, who face the intensity of these PR and advertising campaigns, come to appreciate certain perks of the job. These often include an ‘office with a spectacular view, original artworks, lavish entertainment and high salaries’, and this overshadows any potential alternative career pathway.

Financial incentives, coming from the corporate law firms themselves, are not explicitly used to control a student’s choice of career directly, but such incentives are said to be a guiding hand by which students generally make a decision. This is not particularly surprising given the wider economic context of neoliberalism in Australia today. Within a neoliberal economic system, students are often trained to think like entrepreneurs and consumers of education instead of beneficiaries of education who view the workplace as the heart of authentic knowledge and devoting much of their time to economic considerations. Instead of feeling motivated by public service, knowledge accumulation, or intrinsic satisfaction, students are trained to think about the prospects of attaining lifelong employment in an upward transcendence towards the richest positions in society — to positions like those offered by the major law firms.

What is ignored is the large underbelly of students, on some estimations the majority, who feel misled by this culture of “prestige” and inevitability around the practice of law that is fostered by the major law firms and their PR departments. There are extensive online forum threads in Australia asking ‘How to Improve Prospects for Law Grads’ where students and former students complain that ‘the sooner the prestige wears off and the reality of law as compared to other professions sets in, the better.’ Many law students raise concerns about the lack of knowledge available on alternative career paths while law schools remain dominated by advertising from the select few firms. Other students raise concerns about the lack of demand for law graduates in the major firms once they graduate, despite the presence of excessive corporate advertising during their time at university.8 In 2015, it was revealed that there were ‘14 600 graduates entering a legal jobs market comprising just 66 000 solicitors.’ Noting the current lack of graduate jobs, Nick Abrahams, partner of a Sydney law firm, joked ‘perhaps the answer is that rather than going to law school to become a lawyer, go to law school so you can open a law school.’

As a result of these trends, a popular genre of law student confessionals has crossed the Pacific, and Australian law students have begun writing rants online in a similar vein to their American cash-strapped debt-riddled counterparts. Marie Iskander, then a final year law student, writes:
Despite being reluctant about pursuing a clerkship, because I didn’t feel drawn towards private law, I was convinced by peers, older lawyer friends and, of course, HR from the big law firms that ‘this is the right path’ and ‘what do you have to lose?’

In this way, law students have begun to prioritise the views of the job market above and beyond the study of ethics and morality. A recent study of first year University of New South Wales (‘UNSW’) students found that the surveyed law students were more interested in marks than students from any other faculty. The same students saw ‘employers [as] interested in marks and not in their personal code of ethics or … social or leadership abilities’. Studies at the Australian National University and UNSW showed that many law students viewed their friendships as ‘networking’ opportunities, rather than as a form of companionship. Other studies showed that law students prioritised working in large, corporate firms as opposed to working in firms with less financial reward or with a focus on social justice. The literature paints a stark picture of law students becoming detached from social justice and ethics in their degrees, and beginning to focus instead on marks, networking, and career opportunities. The risk is that, once they graduate, social-justice orientated students will get ‘swallowed up [by the big firms] … drawn in by the tempting income’. They will end up stuck between a rock and a hard place.

The corporate seduction and media messaging used to encourage students to go against their desires to help others, or contribute to charity and society more broadly, is hardly indicative of a supposedly “prestigious” or “honourable” profession. Indeed, in many ways, encouraging students to forgo charitable or publicly interested pursuits is dishonorable and should be called out for what it is. Once–a–week pro bono placements are not a supplement for becoming a public advocate. Law firms should not be rewarded for discouraging students from actually doing something charitable in the world.

Social justice students that do “sell out” often rationalise their own decision by saying that they will only work in corporate law a short while, or that they need the money to pay off their debts, or that they are going to actively avoid the worst aspects of the corporate world because they are somehow different. I am not arguing here that students have lost their free will upon graduation. Rather, I argue that law students are guided and manipulated to some extent during their degrees and then utilise their free will to rationalise that loss of autonomy. The overall trend is towards a kind of “surface cynicism” — a recognition of the problem inherent in a lot of the systems that students are involved in, followed by a resignation of powerlessness, or an active justification of the system based on other largely irrelevant factors.

If the corporate world is unethical or antithetical to their original intentions, this is merely another part of adulthood, where adulthood is viewed as a long process of taking on responsibility after responsibility (defined as the act of doing something uncomfortable or unwanted). Responsibility here is not about virtue or morality, but about the resignation to the negative aspects of life, a kind of stoic defeatism, of the kind Seneca would be proud of when he uttered, ‘be happy with what you have.’ Freedom of thought (or constant questioning, scepticism, and so on) is antithetical to this view of adulthood, and is often associated instead with the mind of a young child — the kind who always asks the question “why?”. Students who stop asking why tend to start justifying why their life is the way it is. “Why go into corporate law?” is possibly the most profound question a social-justice orientated student can ask themselves, on that seemingly inevitable precipice.

William Deresiewicz in his book Excellent Sheep discusses how students feel trapped by the system around them, and invariably start to feel ‘self-indulgent’ if they follow any social justice or non-corporate career paths. He poses that all these paths are self-indulgent and goes on to say:

Deresiewicz strikes at the very heart of today’s neoliberal paradigm — that a student is not selfish for going into corporate law to make money, but is selfish for going into social justice, perhaps at a personal loss or opportunity cost. It is this attitude that lies at the heart of the hesitation of students from pursuing charitable public service in law, where in reality, there is nothing “self-indulgent” about such service.

The Chief Executive of the New South Wales Law Society talks starkly of the need to inform law students about the current state of the legal market before they begin a law degree, so that they can make a more informed choice between corporate law and other careers which they are potentially giving up. Informing students more directly about their choices is one way of combating the influence of the corporate firms, but it is unclear how this can occur while students are receiving the never-ending onslaught of glossy pamphlets from the major firms and university career departments. A single man cannot stop a tsunami, however much he might shout at it to cease and desist. The dominance of the major firms makes it very difficult for students to rationalise in their own independent way and to come to their own independent conclusions about the role they wish to play in the world.

III CONCLUSION
The corporate mega-firm is playing a larger role than ever before in shaping the dreams, ambitions and realities of law students. Everywhere students turn they are pressured into seeking jobs within the corporate world and are guided by incentives coming from those firms and university career departments. Although the current system can produce some independent thinkers, social justice activists and public servants, there is some evidence, as I have outlined above, that the current system turns students away from such pursuits. It is unclear at this stage what can be done about the influence of the corporate firm aside from simply informing students of the reality of the current job market, their place within it, and the fact that they have the freedom to make their own choice. Presenting students with alternative career pathways and alternative careers fairs might be one other way of counteracting prevailing forces. However, it must be admitted that within a neoliberal economic system, there is very little that institutions can do without systemic cultural change.